This digital experience will traverse an abstract sonic and visual performative landscape, that maintains a psychedelic aesthetic expression, as a celebration, of the simian evolutionary and revolutionary relationship, between mind and hyper-dimensional reality and beings, through the plant mediators. 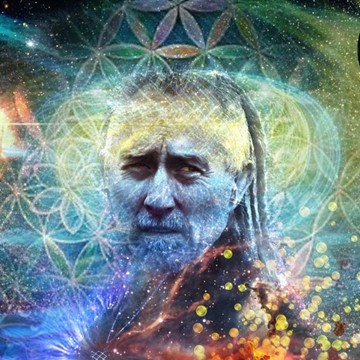 DJ Krusty has been spanking the planks and enjoying DJing for a long time now, he has performed at gatherings and festivals all over Australia and has travelled to Europe, the Middle East, Asia, and America to share his sonics with psychedelic dance party people.
A well-seasoned Melbourne-based Disc Jockey, Krusty has been sculpting mystical electronic musical journeys mixing trance, ethno-techno, deep oriental house, psy dub, and worldy chill-out regularly since the early 90’s... His central theme is to synthesise the various art mediums required or available in any given circumstance so that he can possibly bring something special, something magical, to the moment to be shared and created by all.
Krusty has composed and released psychedelic techno music under a number of project monikers which include House of Pagan Christians, Organic Madjik, as well as DJ Krusty remixes on vinyl and CD.
During this time, he also helped create the Green Ant music label, which released Australian psychedelic electronic CD dance music for over 10 years.
These days DJ Krusty is semi-retired from making music, he now spends most of his time working as a film-maker. 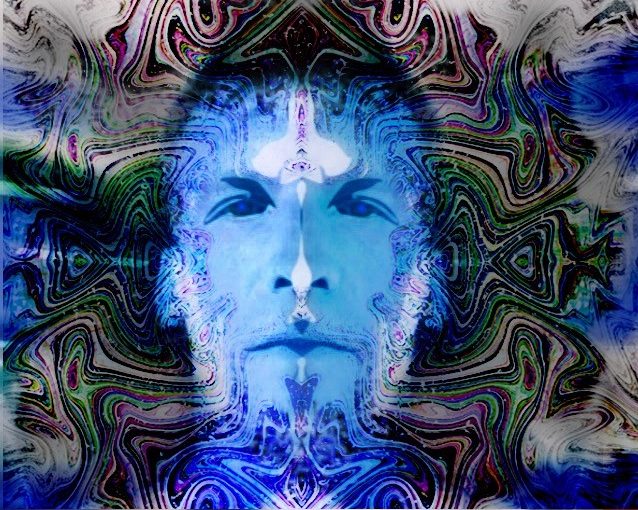 VJ  Mandala - During a photography gig during the late ’80s, Adem was first introduced to analogue and digital video art during Future Films production of the ground-breaking music video clips for Max Q, then soon after for Best Video ARIA nomination for Third Eye.

That cultural and creative impetus saw Adem gravitate further toward [the] cutting-edge experimental digital art with a fervour, initially via the legendary Amiga-500 computer and analogue video feedback.

Then expanding his visual repertoire to incorporate lighting and laser; fusing these mediums into dynamic illuminated projection designs for the Psy-Harmonics, Every Picture Tells a Story and Earthdance. Pure, Renaissance, RPL, EGA, Big Day Out, Earthcore, Rainbow Serpent, Medicine Dance; as well as internationally for Infinite Frequency (LA), Tsunami (NYC) and Detroit Movement bush-doofs, dance parties and festivals; including a Laser op residency at the established Machine monthly techno night.

Adem’s works embody and explore exo-eso-teric concepts infused within the psychedelic, spiritual, scientific, and socio-political and cultural paradigms that the highly influential Cyber and Rave culture had originally embraced – yet are still relevant today. He has also been invited to exhibit print works at various exhibitions over the years.

In collaboration with Cyber Dada and Don’t Shoot the Messenger, Adem was a seminal figure in the creation of the experimental Cyberthon video-art live-to-air broadcast events held at the RMITV studios and TVU’s pop-up TV broadcast warehouse during the early to mid ’90s. The complete Cyberthon original mastered recordings have been digitised into the ACMI archives. Adem’s key involvement portrayed within VICE doco Thump, and article in The Creators Project, and in the Techno Shuffle book by Paul Fleckney.

From the mid to late nineties onward, Adem also ventured into commercial art, beginning as a 3D animator, then specialising in Compositing for TV series, TV adverts, and Music Video.

Adem still continues to VJ, with a focus on live-stream events.